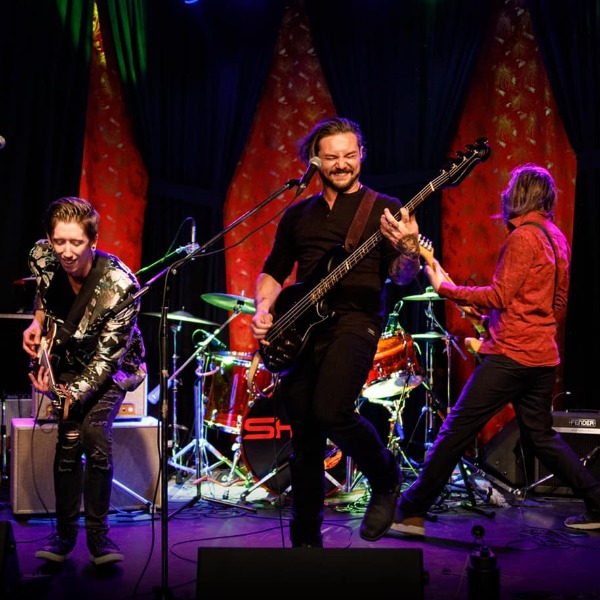 In the summer of 2017, the small town, Canadian rock band Vogue Villains was formed. Set on making music that sounded unique and yet was not afraid to wear its influences on its sleeves. (Queens Of The Stone Age, Mother Mother, Billy Talent, Arctic Monkeys, Mini Mansions, Etc.) Taking an alternative rock stance, the Villains are also planted firmly in catchy melodies and multipart harmonies. They play live with a big sound and a raw energy, while also having a humorous stage presence that goes hand in hand with their tongue in cheek original music and lyrical sensibilities. Vogue Villains is made up of four members: Andrew Baskin (Lead Vox, Bass), Lucas Antoni (Lead Vox, Guitar), Nate Cox (Drums, Vox) and Rob Johnston (Guitar, Keys, Percussion). Their First EP "HAPPY." Was released everywhere in February of 2019 and they are already fast at work finishing their second effort "Subglorious Songs, For Subpar People" to be released in early 2020. Things are only getting bigger, and their just getting started... Join the villainy and follow them, EVERYWHERE. https://linktr.ee/voguevillainsband