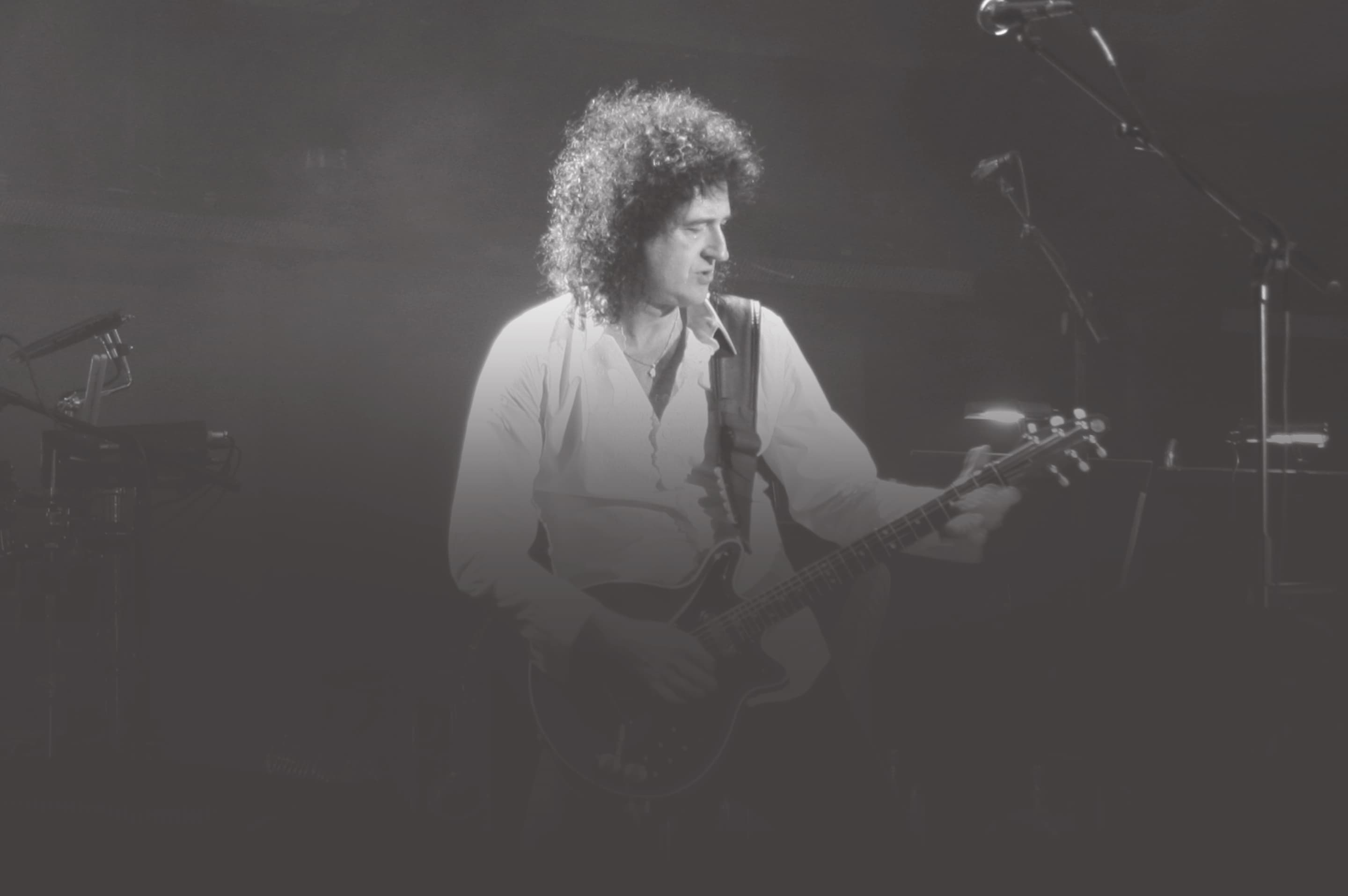 Gotta have the app to play. Just say’n.

Guitarist and singer-songwriter Donita Sparks has been shredding audience expectations since the 1980s. Sparks is best known for co-founding the band L7, and she continues to perform with her current group, Donita Sparks and The Stellar Moments. Her work has also been featured in movies and video games. From punk rock to film, Sparks’ wildness spreads across genres.

“L7's guitars cut straight through the bullshit – whether they're delivering a razor-sharp riff or a libidinous groove.” - Joe Lynch, Billboard

AC/DC lead guitarist and songwriter, Angus Young, is famous for his signature schoolboy uniform and his high energy performance style. With songs like “Highway to Hell” and “Back in Black,” this Australian duckwalked his way onto the hard rock scene in the 1970s. When asked by Rolling Stone how he defines a good AC/DC riff, he replied, “It always helps if it’s got a groove.”

“I've got the blues in my heart, and the devil in my fingers.” - Angus Young

Queen of Rock ‘n’ Roll. Godmother of Punk. The Original Riot Grrrl. These are just some of the monikers Joan Jett has earned. You know her for hits like “I love Rock ‘n’ Roll” with the Blackhearts, and earlier, “Cherry Bomb” with the Runaways. She brings her own unique brand of authentic talent and glam, and she can rock a pair of leather pants like nobody’s business.

A self-proclaimed “DJ in Rage,” Tom Morello changed the soundscape of the 1990s with his unique laser blasts and turntable scratches. With Rage Against the Machine, he used effects pedals to bring the post-hip-hop world songs like “Bulls on Parade” and “Killing in the Name.” Later, the band would reconfigure as Audioslave. His music is known for its creative effects and punk-metal riffs.

“Rage Against the Machine created a new template for politically minded rock, infusing bone-crushing riffs with a rhythm that could have only come from hip-hop.” - Matthew Ismael Ruiz, Pitchfork

This powerhouse is famous for her upside down, left-handed riffs on her custom seafoam green Stratocaster. Malina Moye is rocking the guitar world with her topsy-turvy playing style and her own personal fusion of funk, soul, rock, and blues. In addition to her crazy command of the fretboard, she is one of the first African-American left-handed upside-down female artists to be endorsed by Fender.

“Her brand of music, fashion and philanthropy has made Malina one of the most visible artists in the world.” - Dean Markley USA

Known the world over as the guitarist and founder of the legendary rock band Led Zeppelin, Jimmy Page is widely considered to be one of the greatest, most influential guitarists. The English multi-instrumentalist is also a songwriter and record producer, touching every aspect of music making. In his view, the song “Kashmir” contains the greatest Led Zeppelin riff of all time.

“I believe every guitar player inherently has something unique about their playing. They just have to identify what makes them different and develop it.” - Jimmy Page

Known for her fast runs and a tapping style of guitar play, Marnie Stern is a member of the 8G Band, the house band for Late Night with Seth Meyers. Though she eludes classification with her experimental sensibility, her music could be considered indie rock. A true shredder, she has wickedly fast fingers and has garnered acclaim for her high level of technical skill.

“You like some things, you don't like others. It doesn't mean there's anything wrong with the others, it just means you have an opinion.” - Marnie Stern

With songs like “Bohemian Rhapsody” and “We Will Rock You,” Brian May is the lead guitarist for the iconic rock band Queen. May is deemed a virtuoso guitarist with his own distinct sound that comes from layering many guitar parts onto single tracks from his homemade guitar. His guitar’s name is the Red Special (aka the Old Lady). He’s perhaps the only guitarist who is also an astrophysicist.

“I can listen to any player and pantomime their sound, but I can't do Brian May. He's just walking on higher ground.” - Steve Vai

All hail the Queen of Shredding, Nita Strauss. A successful solo artist and former member of the tribute band The Iron Maidens, Strauss is best known for her ongoing role touring with Alice Cooper. She navigates the length of a fretboard with explosive speed, and yet her sound is still very fluid and melodic. This dynamo was the first female signature artist with the guitar maker Ibanez.

“To be the first female signature artist and see my name up there with Vai, Satriani and Gilbert — that’s what I’ve dreamed of since the very beginning.” - Nita Strauss

Top hat, rounded shades, a mane of black curls...this artist’s look is as iconic as his killer riffs. In the 1980s, Slash gained worldwide recognition as lead guitarist of Guns N’ Roses. Widely considered one of the greatest guitarists in history, his hard rock classics like “Sweet Child o’ Mine” and “November Rain” are as much a part of culture as they are his personal body of work.

“I had no aspirations to be a musician, but I picked up a guitar for two seconds and haven't put it down since.” - Slash

Unreleased rock songs are hiding all around North America. That’s right. You could be sitting on a song right now. 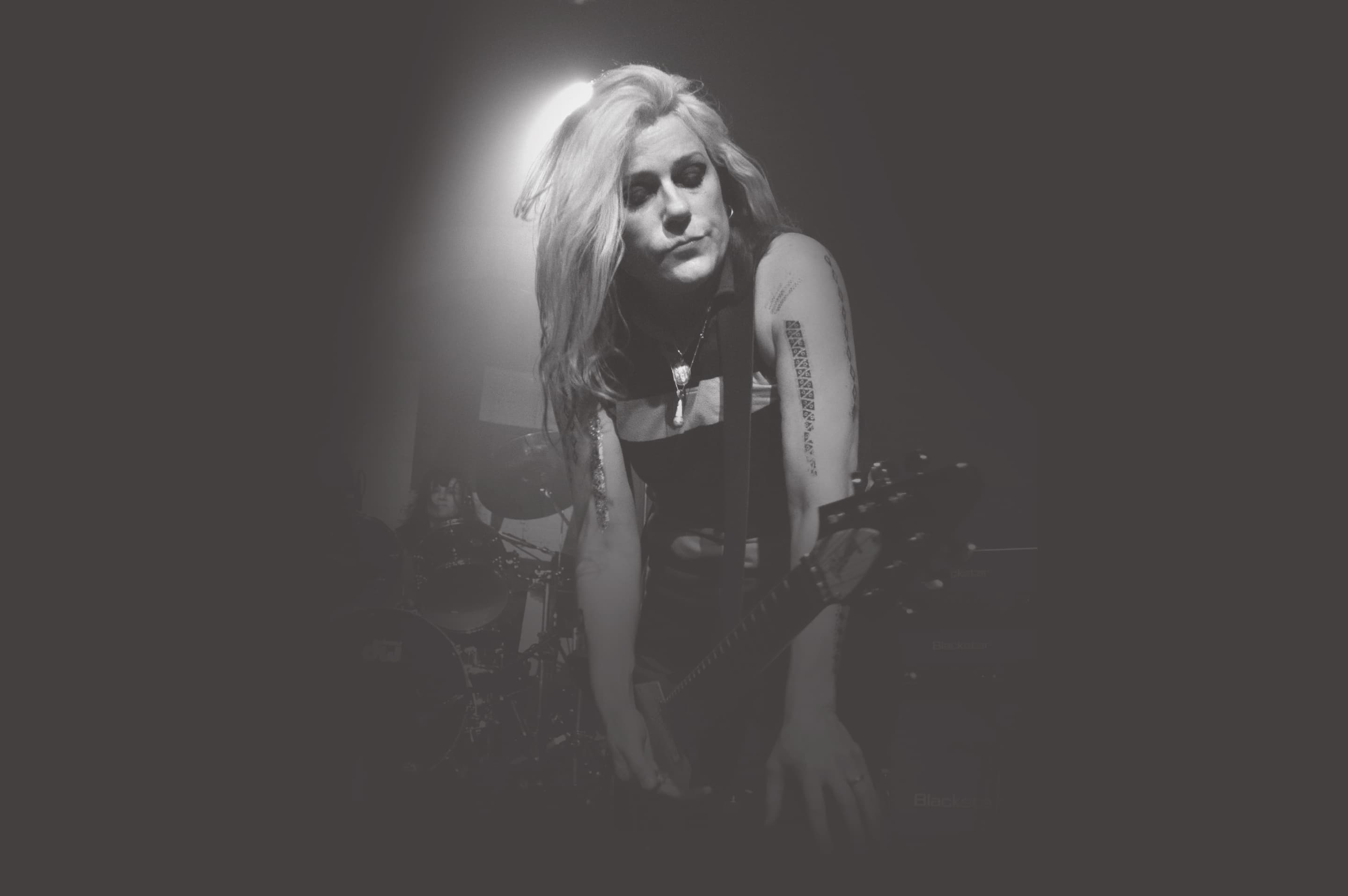 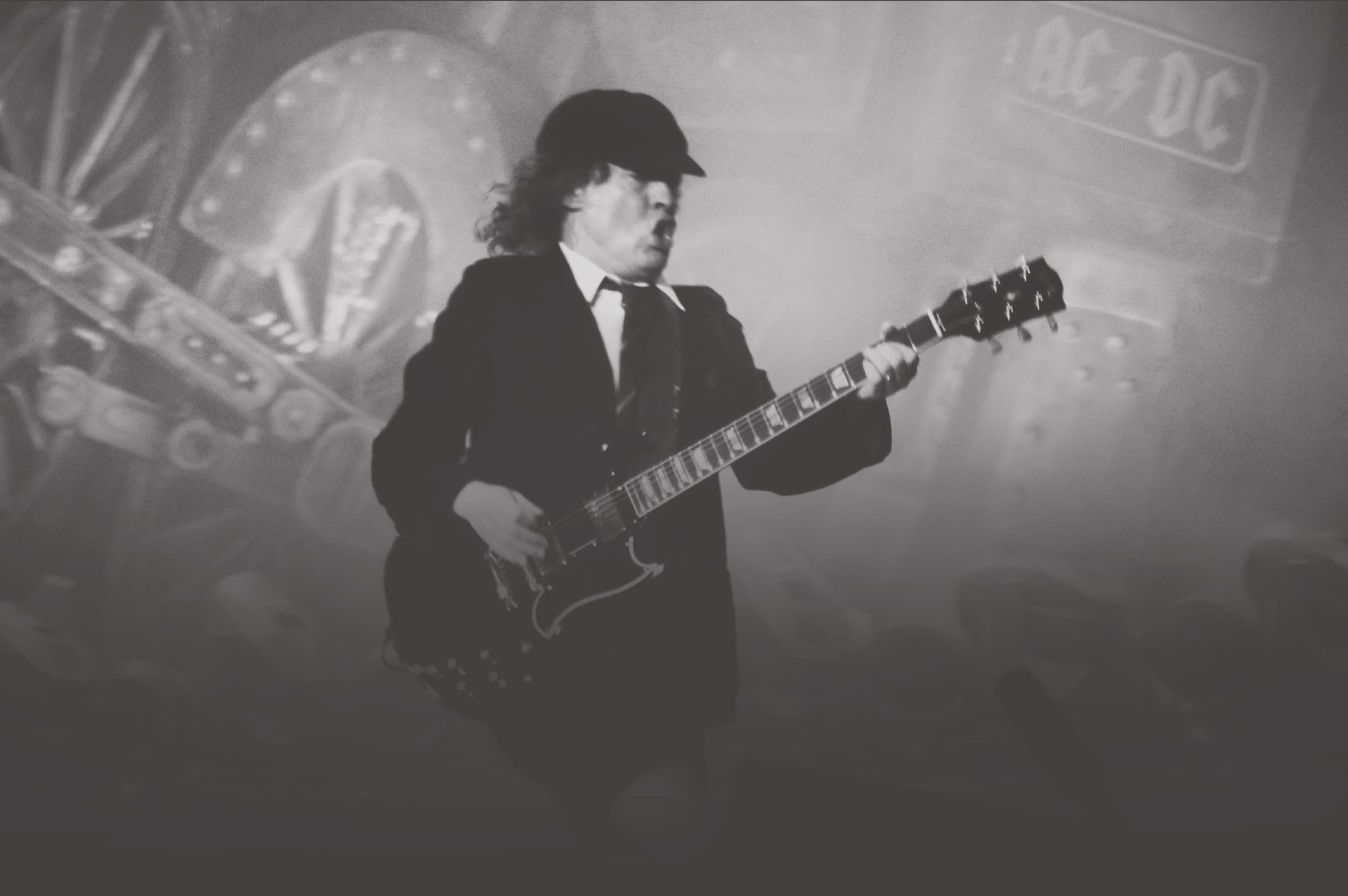 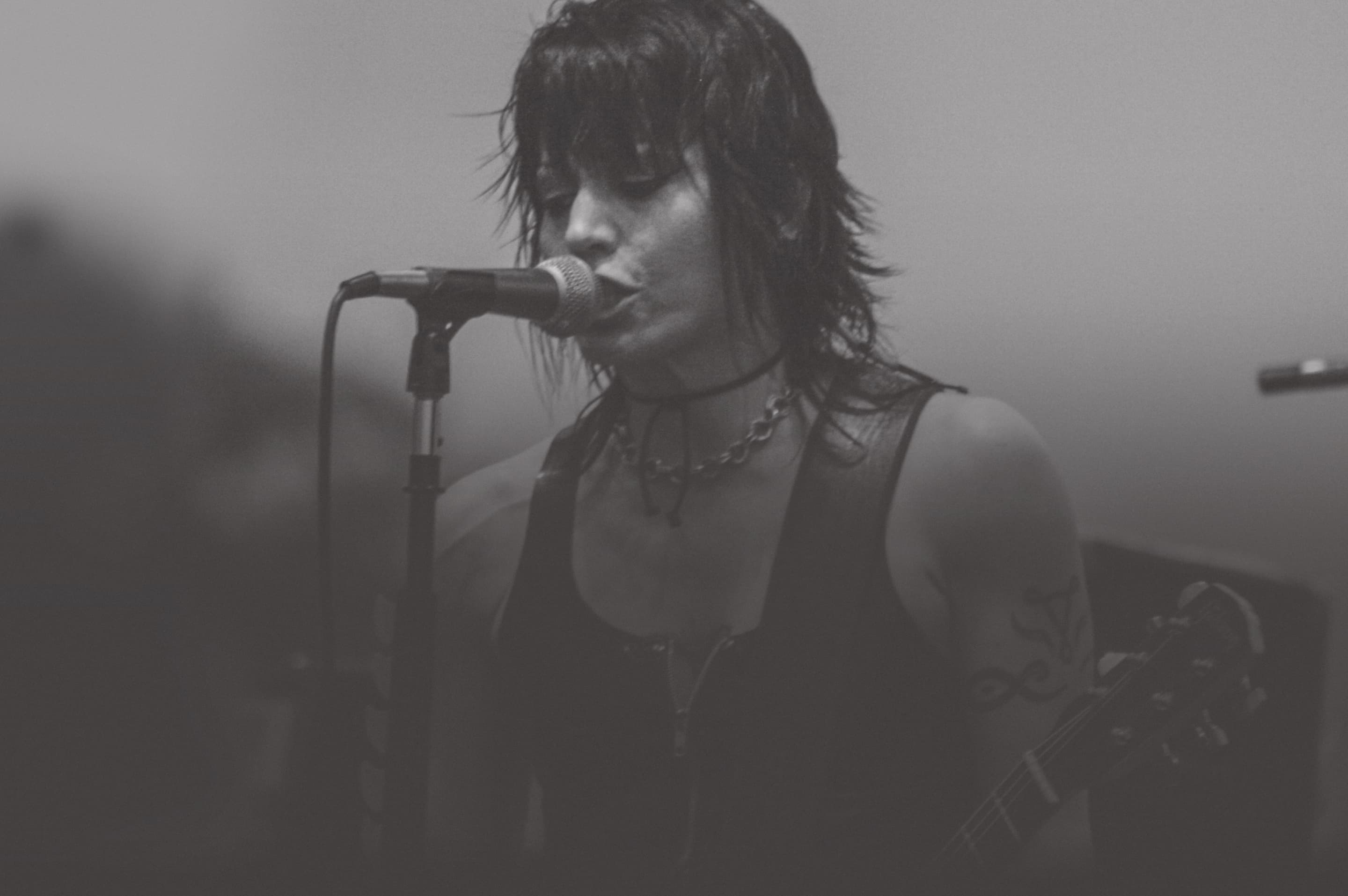 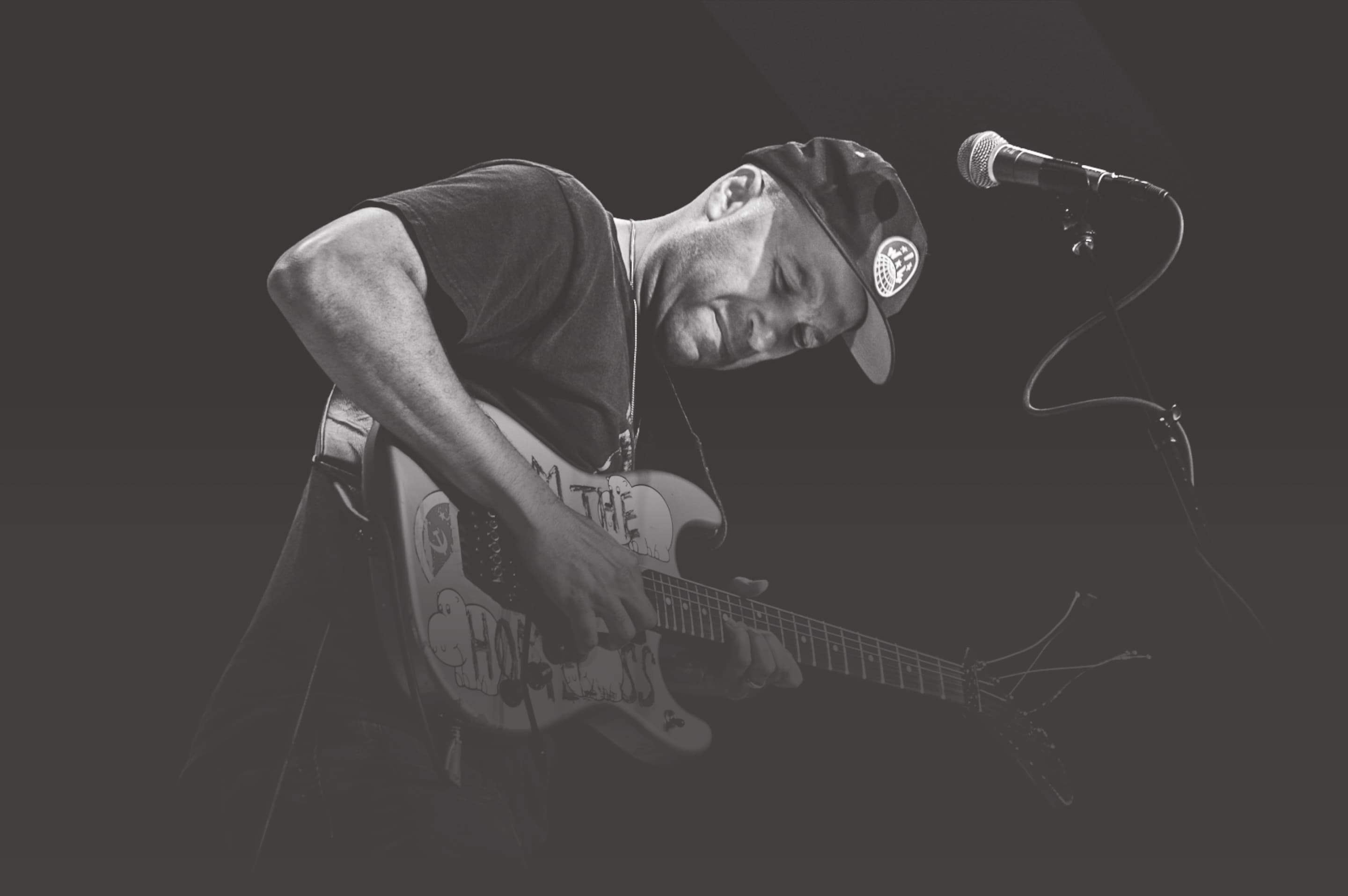 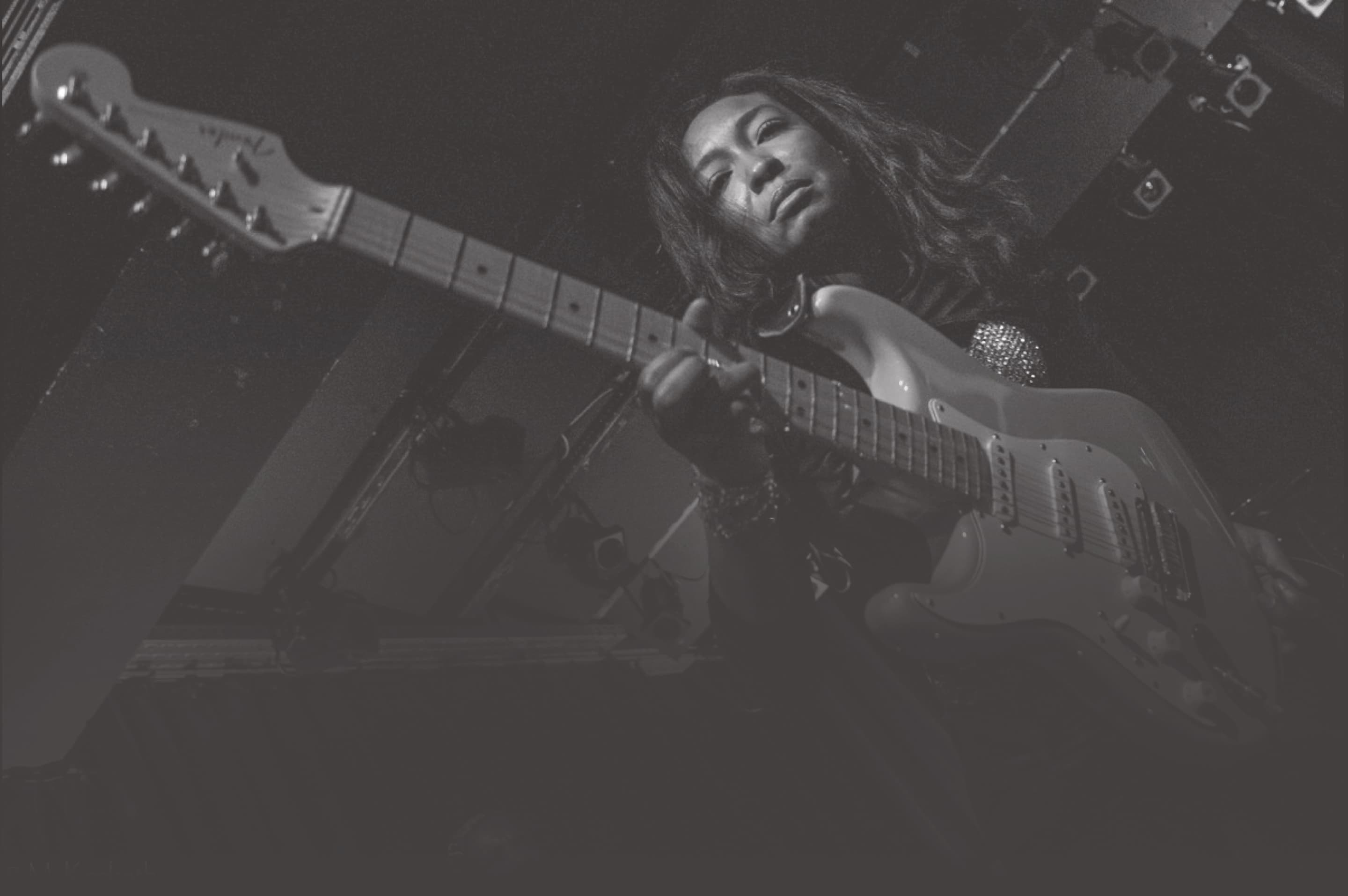 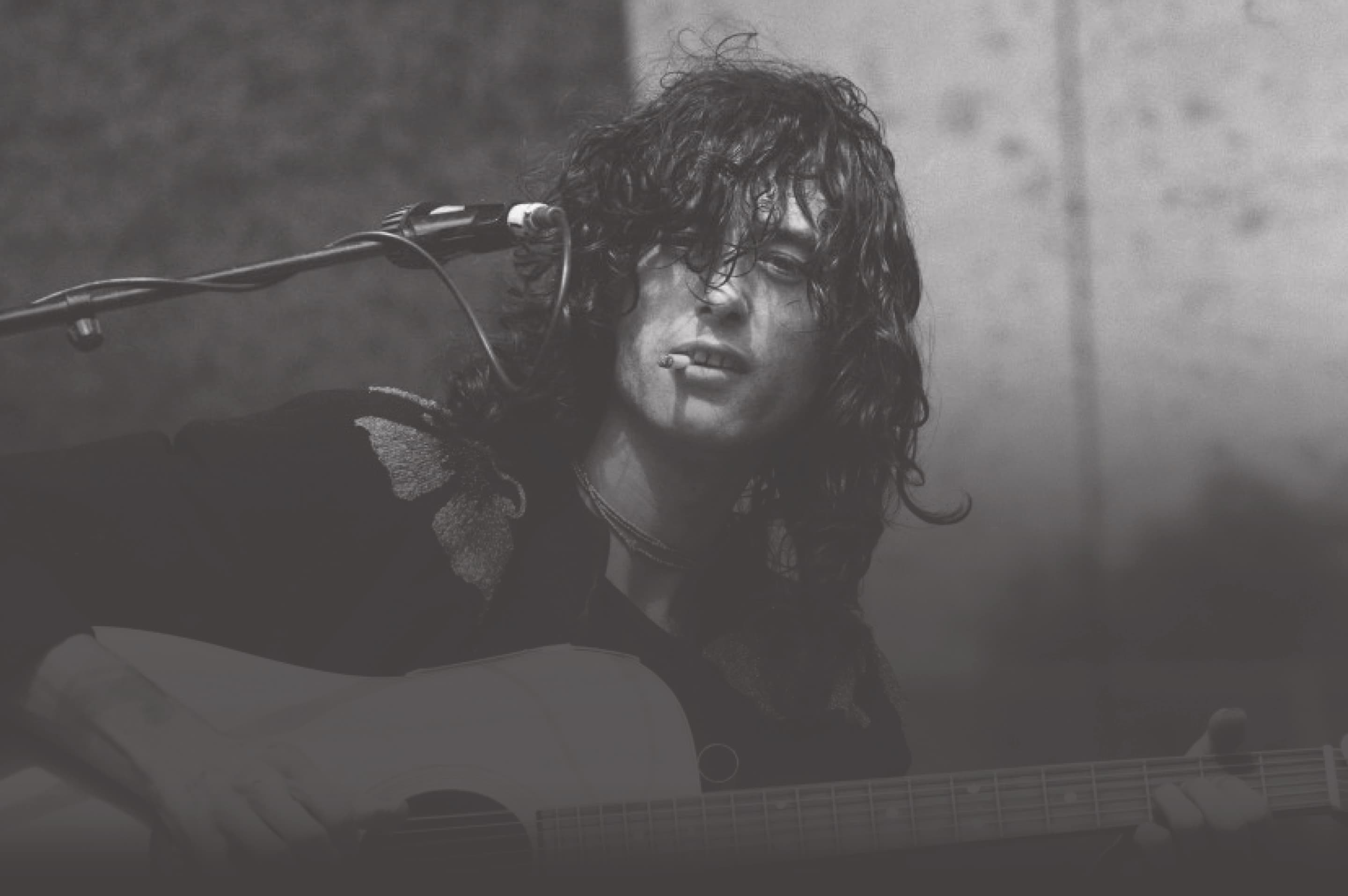 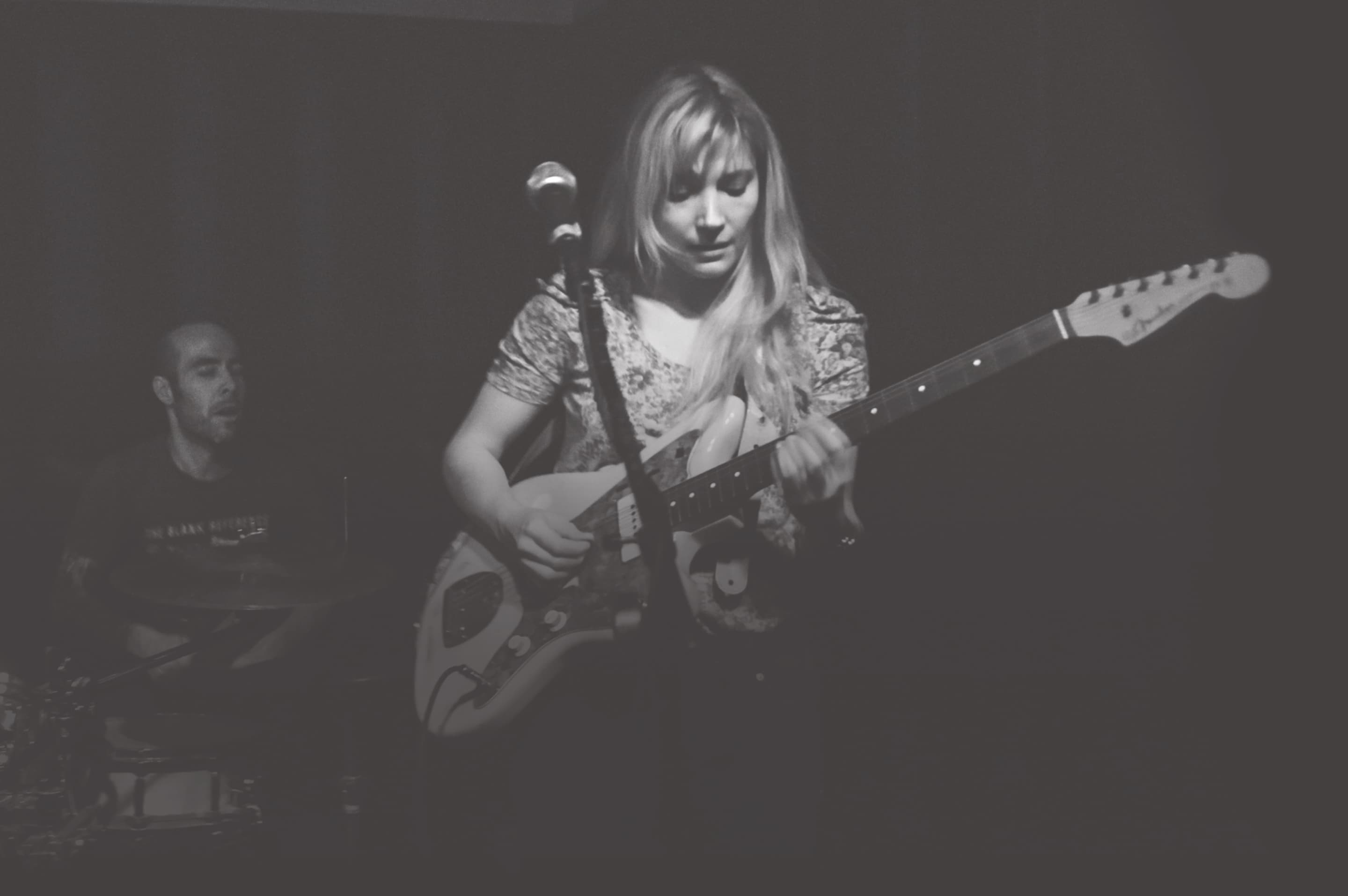 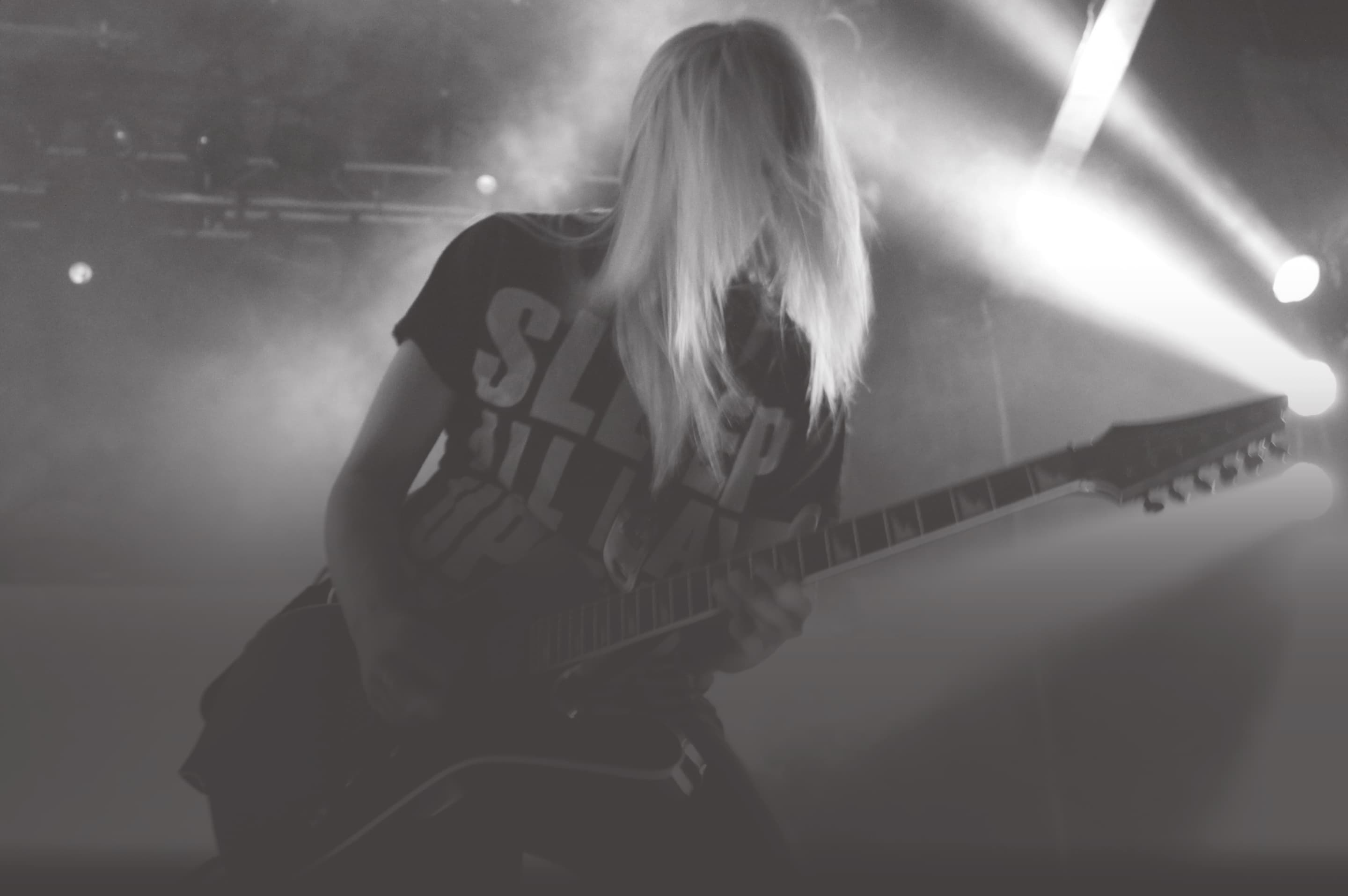 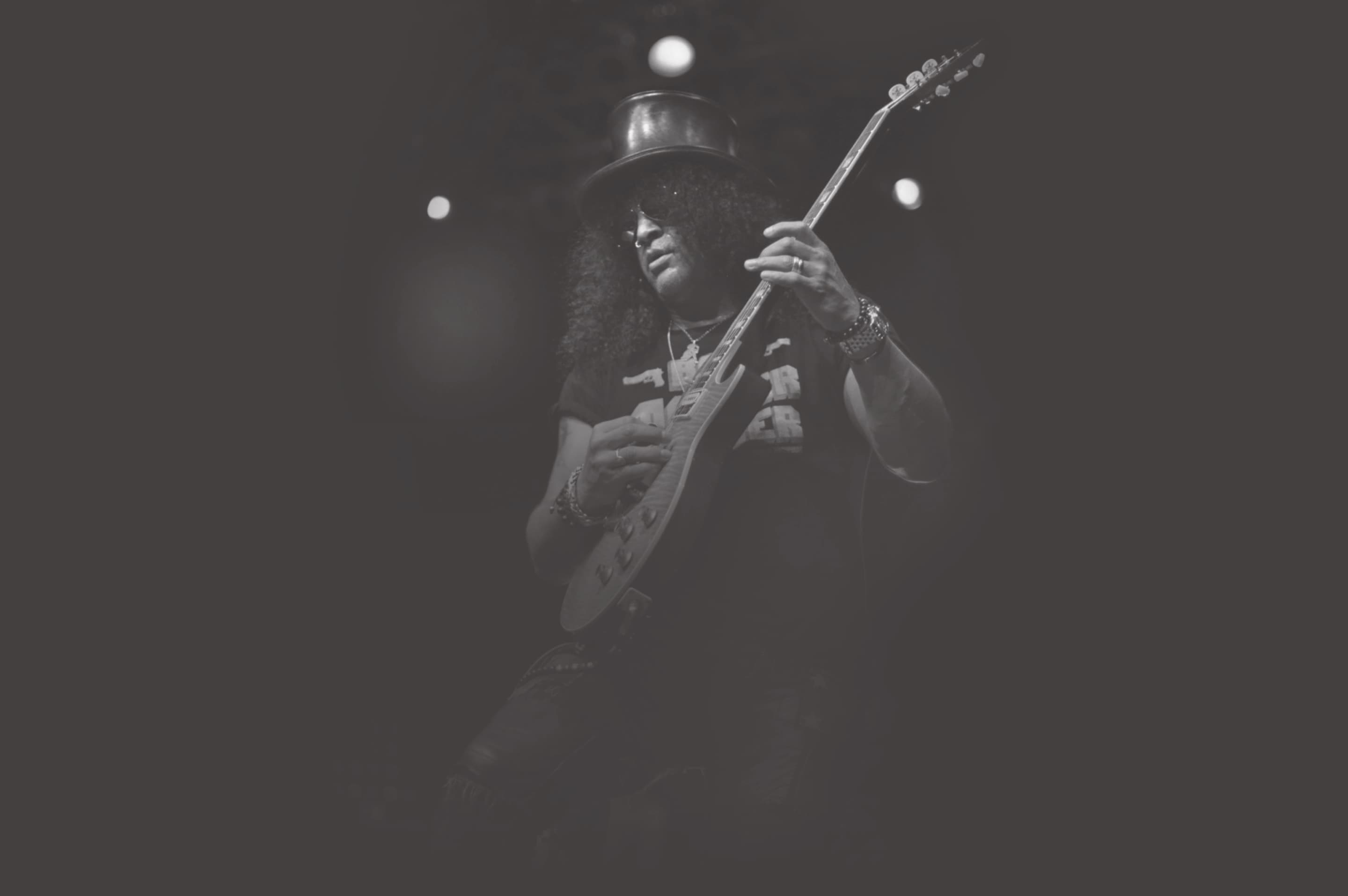