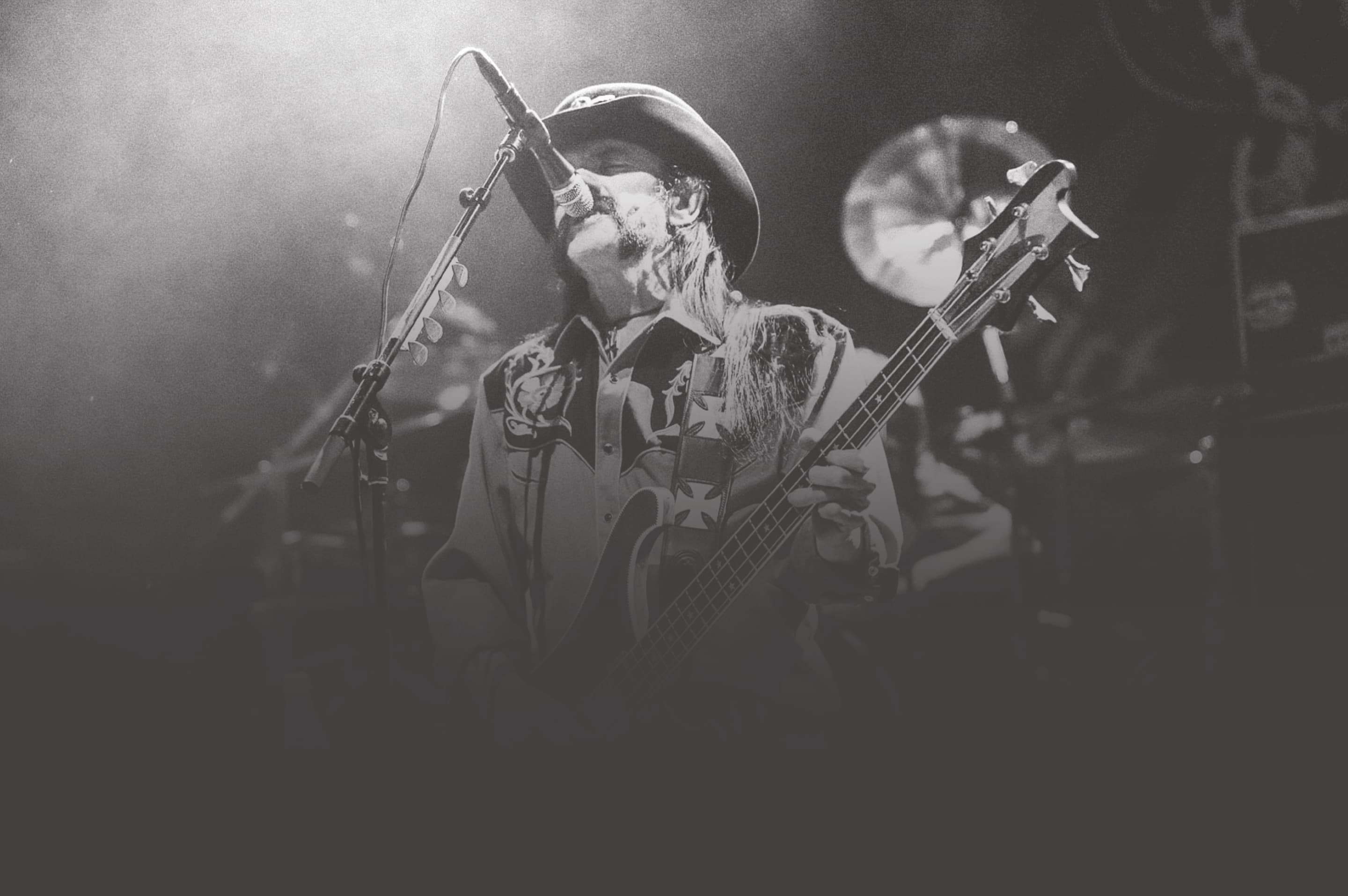 Lords of the Low

Gotta have the app to play. Just say’n.

Duff McKagan showed up in LA with a bass and a guitar he purchased 5 years prior in Seattle. One day the police showed up at his door and confiscated the guitar because it was initially sold to him as stolen property. From that day forward Duff was a bass player. It was also the beginning of Guns N’ Roses—a classic rock and roll bass player origin story. His signature bass sound is a combination of classic funk, hardcore and a chorus peddle.

Fun fact, back in 1982, Duff was the drummer for legendary, hardcore punk band, The Fartz with Blaine Cook from The Accüsed.

Esperanza Spalding began as a violin prodigy. At the age of 4, she was inspired to play the violin by watching an episode of Mister Rogers’ Neighborhood where she saw Yo Yo Ma play classical cello. At age five, she was playing with the Chamber Music Society of Oregon. Spalding’s bass playing began in high school accidentally when she was found by a teacher messing around with one and decided to teach her a bass line. Spalding is now known as one of the bass’s most visible 21st-century ambassadors, with 4 Grammy wins to prove it.

Geddy Lee is bassist, singer, and keyboardist for the legendary prog rock band Rush. His sound is a blend of funk and hard rock. As a child, he borrowed $35 from his mother to buy his first bass, a Japanese-made Canora, that he paid off by working in her variety store every Saturday. Lee has influenced so many bass players from Les Claypool to Cliff Burton, which says a lot about his chops.

Flea is probably the most visible bass player in his genre. His early inspirations came from the LA punk scene, but later created his signature slap sound from listening to Bootsy Collins. Most can identify his bass playing from a single note. Like all pro bass players, Flea knows to play for the song first and not, as he says, “I can play some really amazing, trippy bass lines that will blow your mind.” From his early days in clubs, to the global success of the Red Hot Chili Peppers, Flea reigns as one of most iconic bassists.

Geezer Butler only started playing bass shortly after joining Black Sabbath. Originally a rhythm guitarist, he approached bass playing by adding harmonies and ornate filigrees to the guitar parts. Butler brought elements of rock, blues, jazz and prog with heaps of his passions for horror, sci-fi and religion to Sabbath’s sound. Despite his great skills, he never thought much of his bass playing saying, “I never rated myself as a bass player. I just played what I thought was necessary for each song.” Beyond playing the bass, Butler was also the principal lyricist during his time with the band.

Kim Gordon had never played the bass guitar before co-founding Sonic Youth in the early ’80s. Her primitive style was perfect for their unconventional sound. Gordon says, “I felt my job was not to become a good bass player.” She brings a guttural, dark rumble with a groove that’s unmistakably her own. In my opinion, it’s her bass keeping the melody that makes Sonic Youth's songs work as well as they do. Gordon has been in many projects outside of her 30 years with Sonic Youth, including Free Kitten, Harry Crews, Mirror/Dash, and Body/Head.

Like most bass players, Lemmy Kilmeister started as a rhythm guitar player. He switched to bass to join the space rock band Hawkwind. After being kicked out of the band while touring in Canada, Lemmy returned home and started the legendary Motörhead. Both his lyrics and bass hit with a relentless recklessness. “I think I play like nobody else does,” he once said. “I always wanted to be John Entwistle, but since that place was taken, I became a lesser version.” Part of his signature sound is created by picking the strings near the neck and using heavy gauge strings.

In the late ’80s, Les Claypool stood out above the many thrash-funk bass players. His lead-like style was hyperdrive-fast using three plucking fingers over the traditional two. “A lot of guys play with two fingers, so I figured if I played with three, I could be faster,” he said. Best known for his band Primus, Claypool normally has a half-dozen projects going at any given time. His playing has confused many critics, but he is still considered one of the top rock bass players of all time.

Tina Weymouth never plays a predictable thing on the bass—being both new to the instrument and having never played rock when she joined the Talking Heads. Though under-credited, Weymouth was a critical part of Talking Heads’ songwriting team, bringing an effortless cool to everything they did. It's incredible that Tina Weymouth, who brought some of the most interesting bass lines to new wave, got started with only a single half-hour lesson.

Nathan East is one of the most recorded bass players of all time. He was only 16 when he got his first break touring with Barry White. For the last forty years, he has written hit songs with the likes of Bobby Womack, Eric Clapton, Michael Jackson, Joe Satriani, George Harrison, Ringo Starr, Phil Collins, Stevie Wonder, Toto, Kenny Loggins, Daft Punk, Chick Corea, and Herbie Hancock. East is also a founding member of the chart-topping contemporary jazz group Fourplay. Because of his great understanding of the role of the bass, his discography reads like a who’s who of all-time greats.

Unreleased rock songs are hiding all around North America. That’s right. You could be sitting on a song right now. 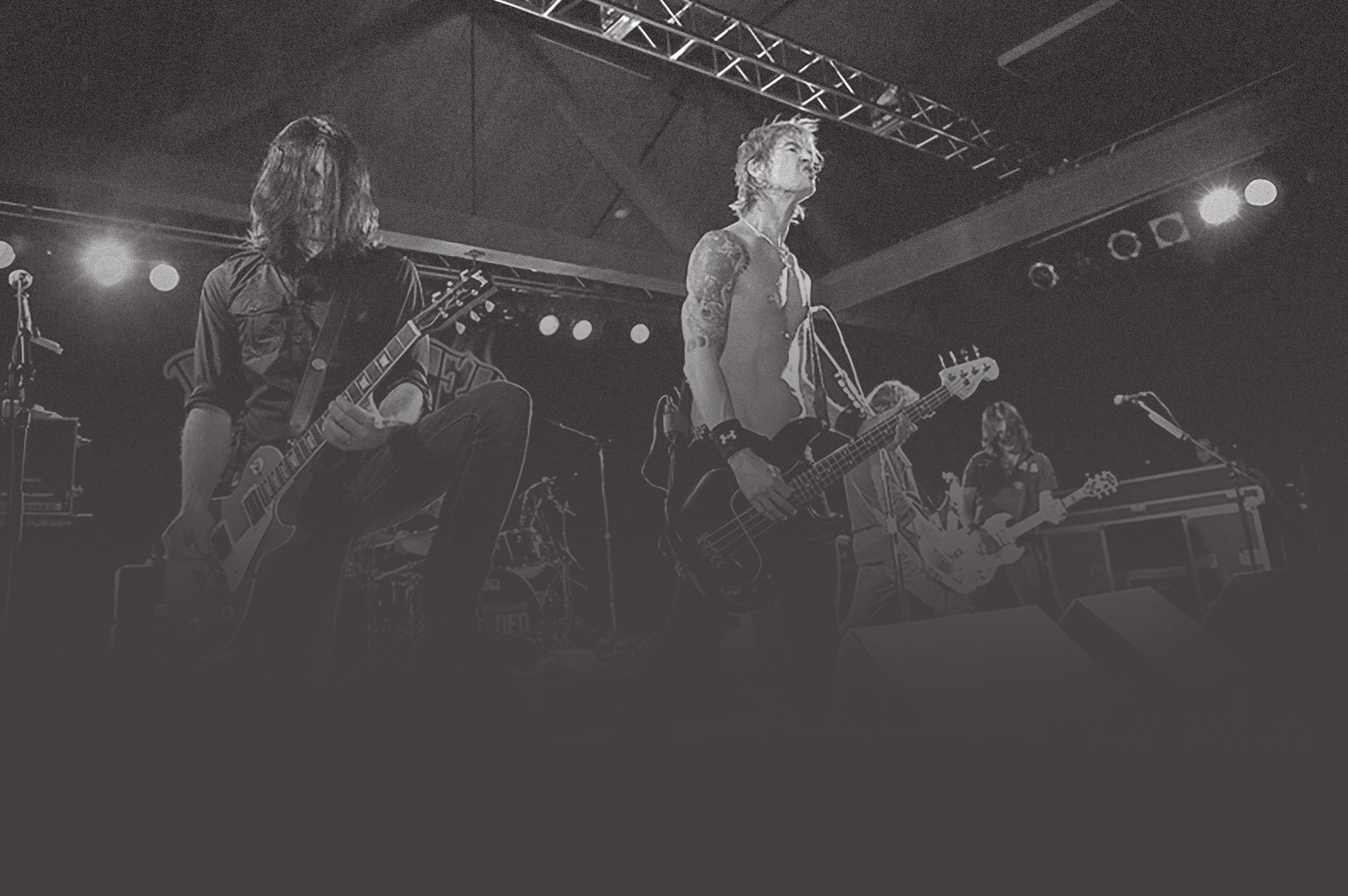 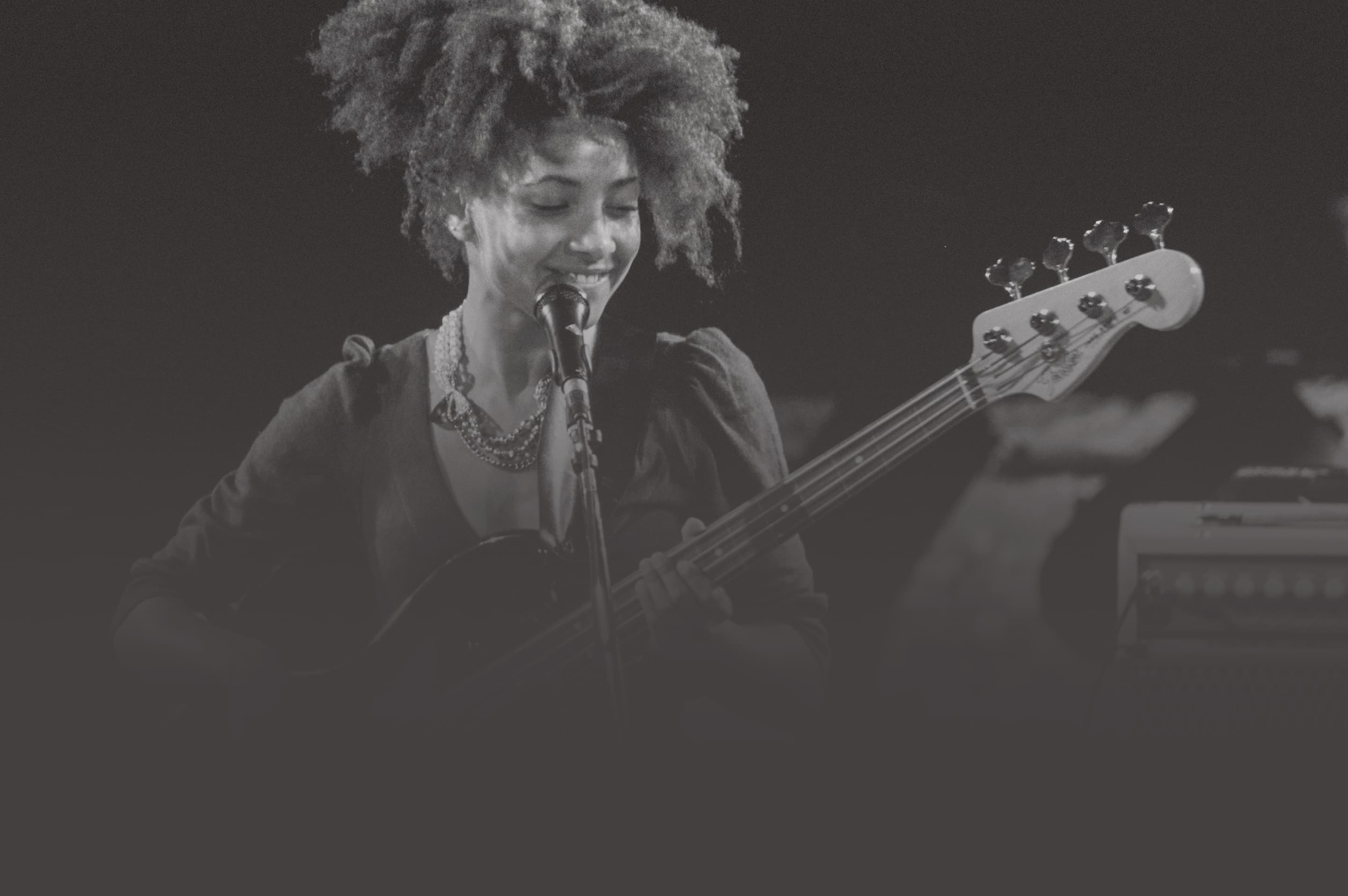 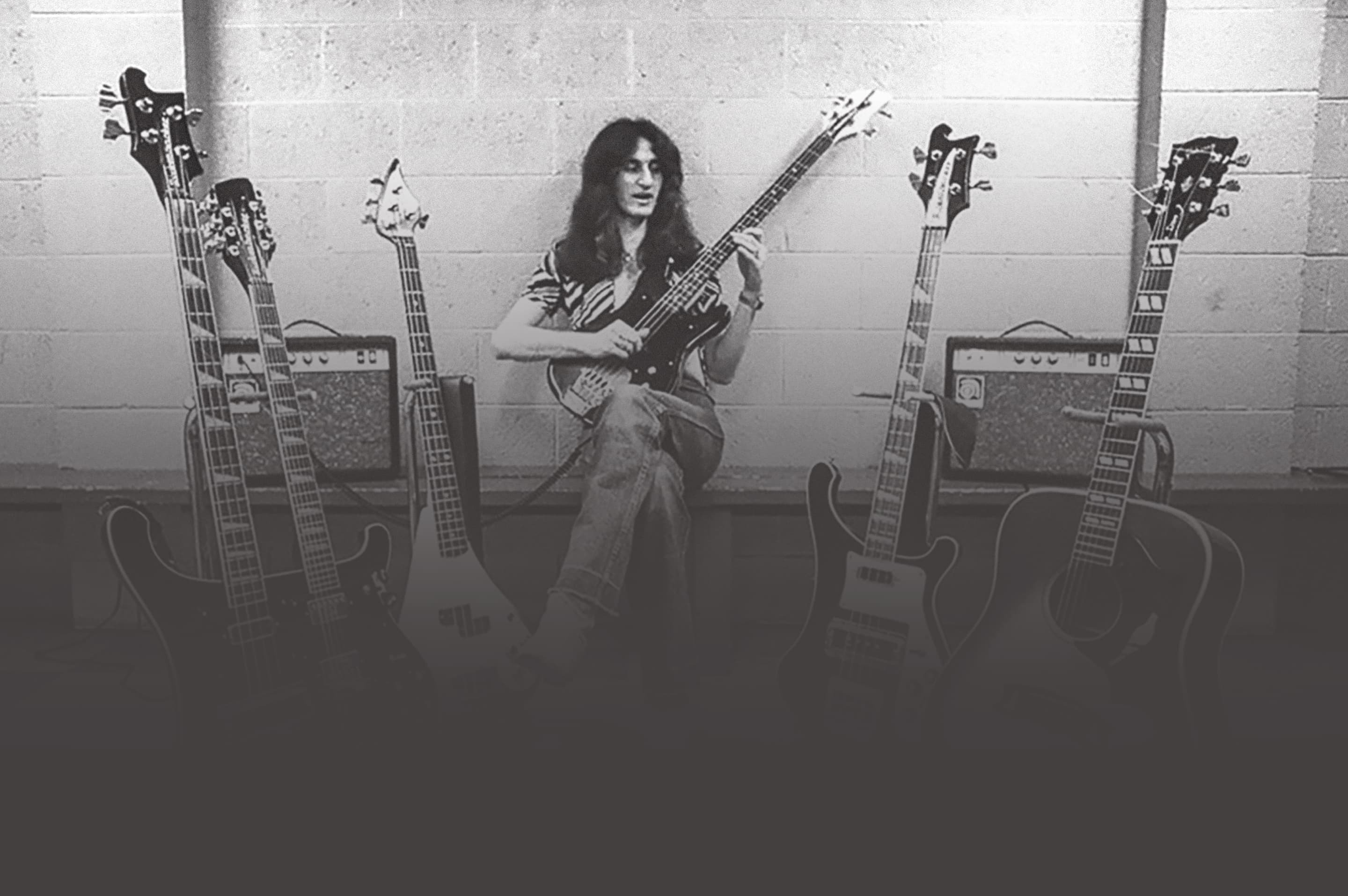 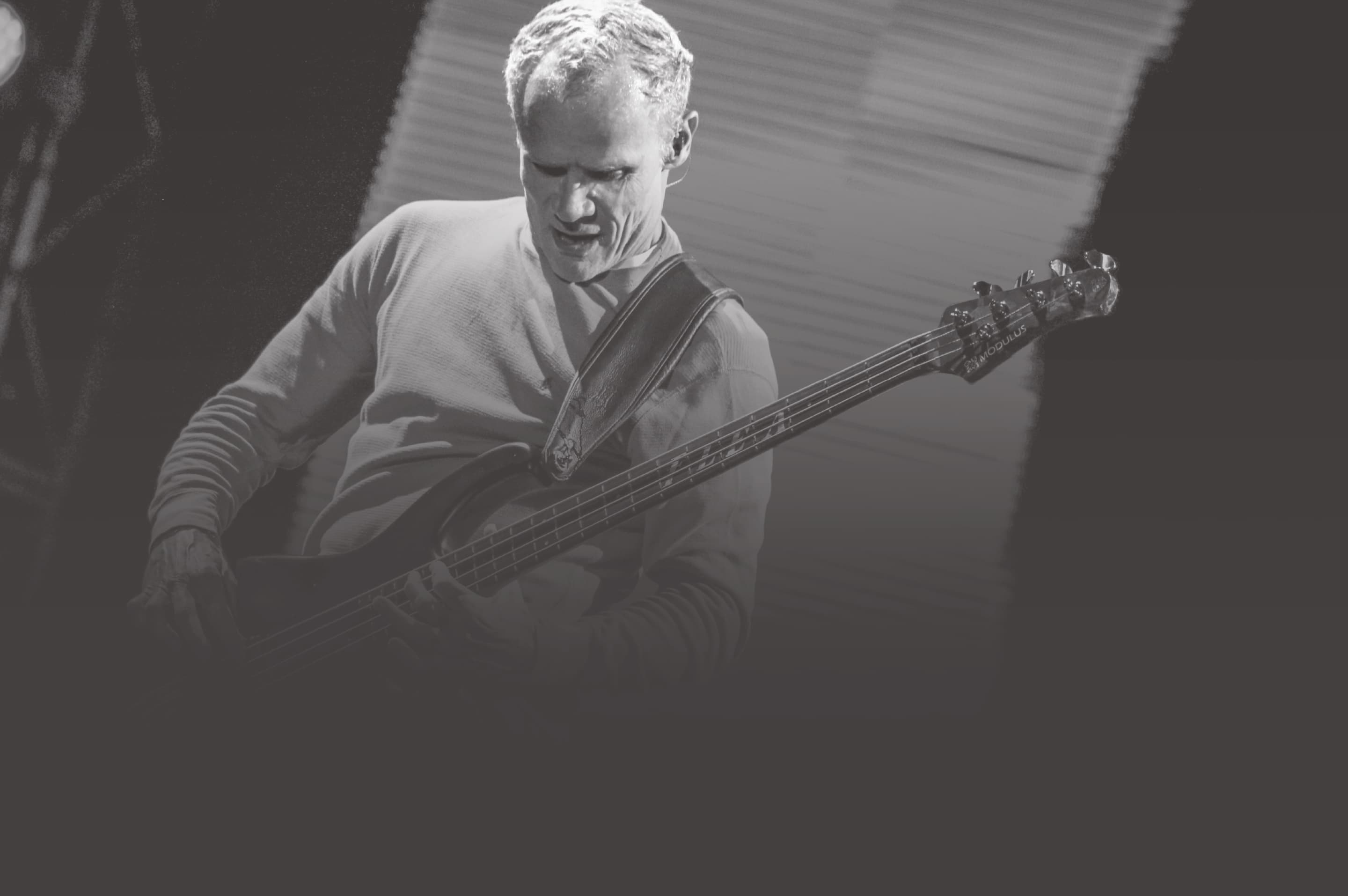 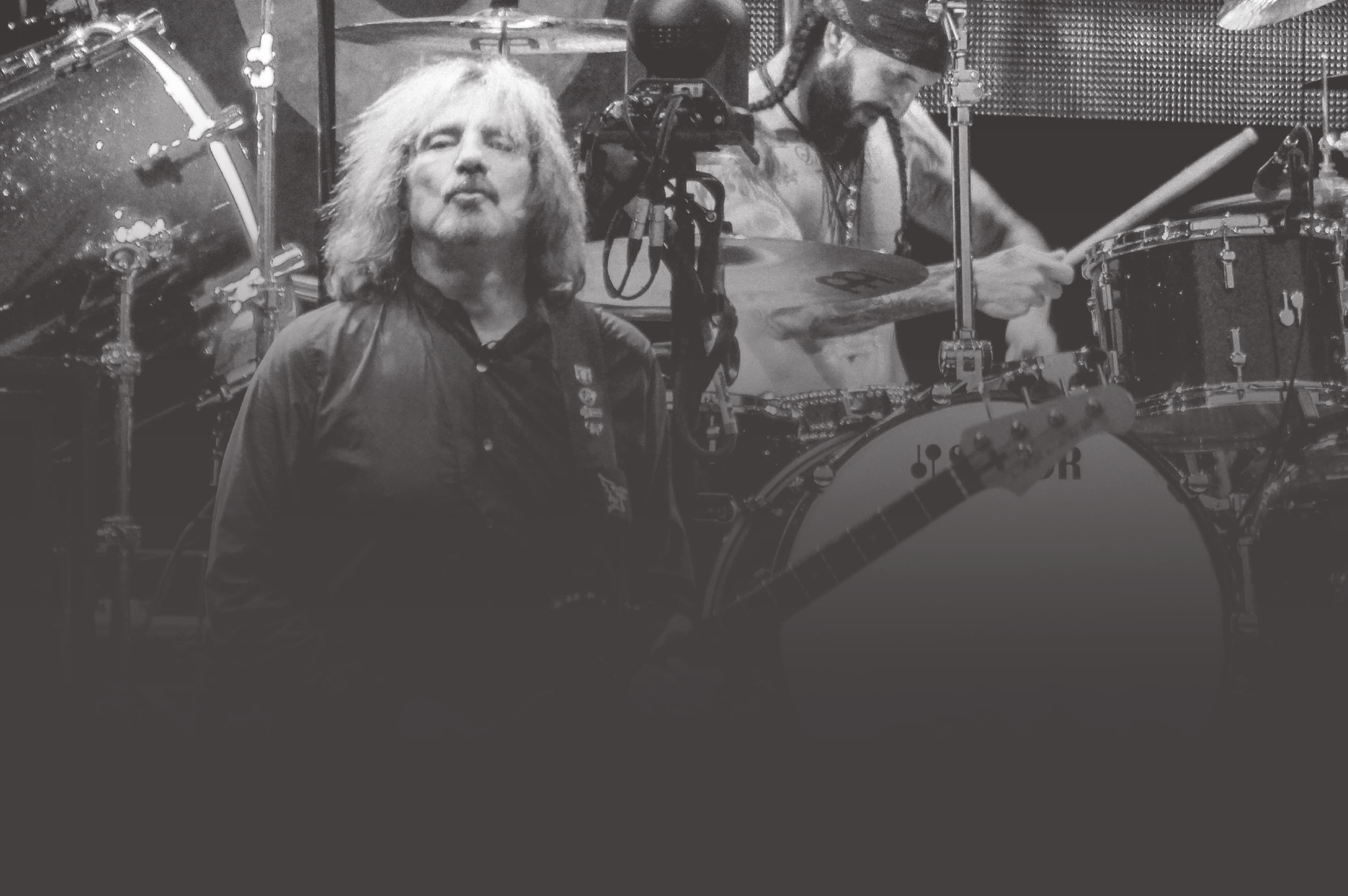 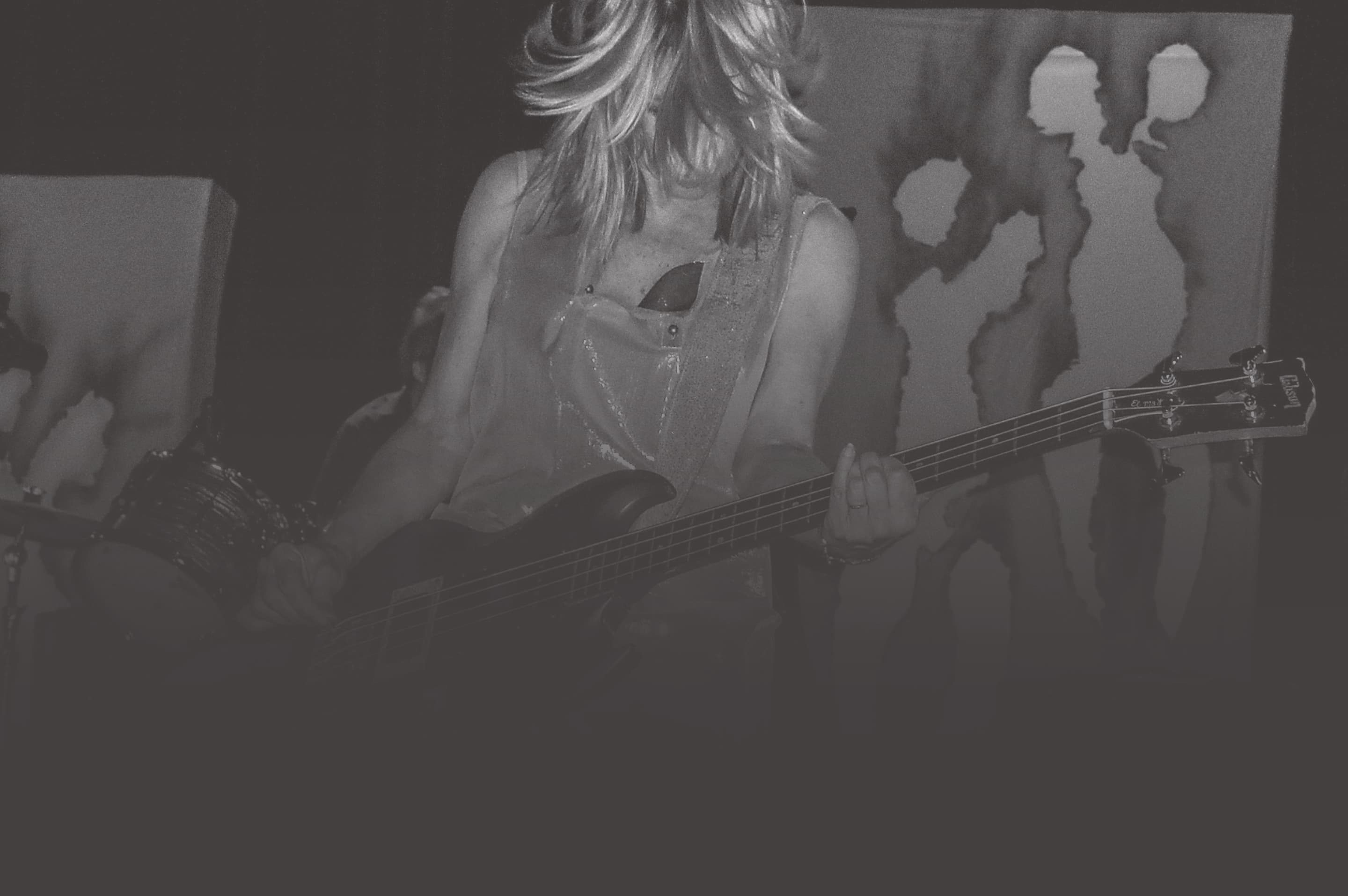 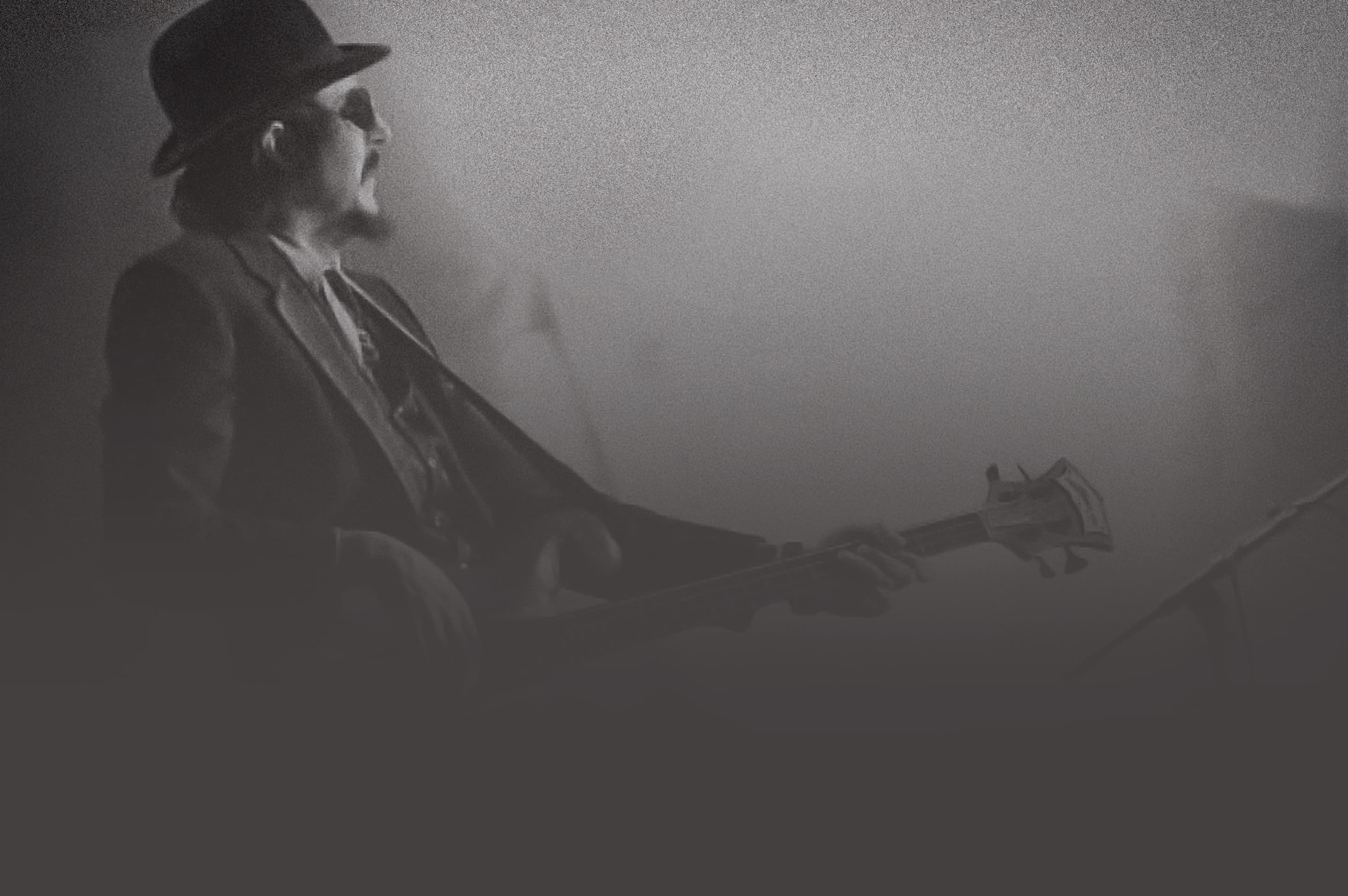 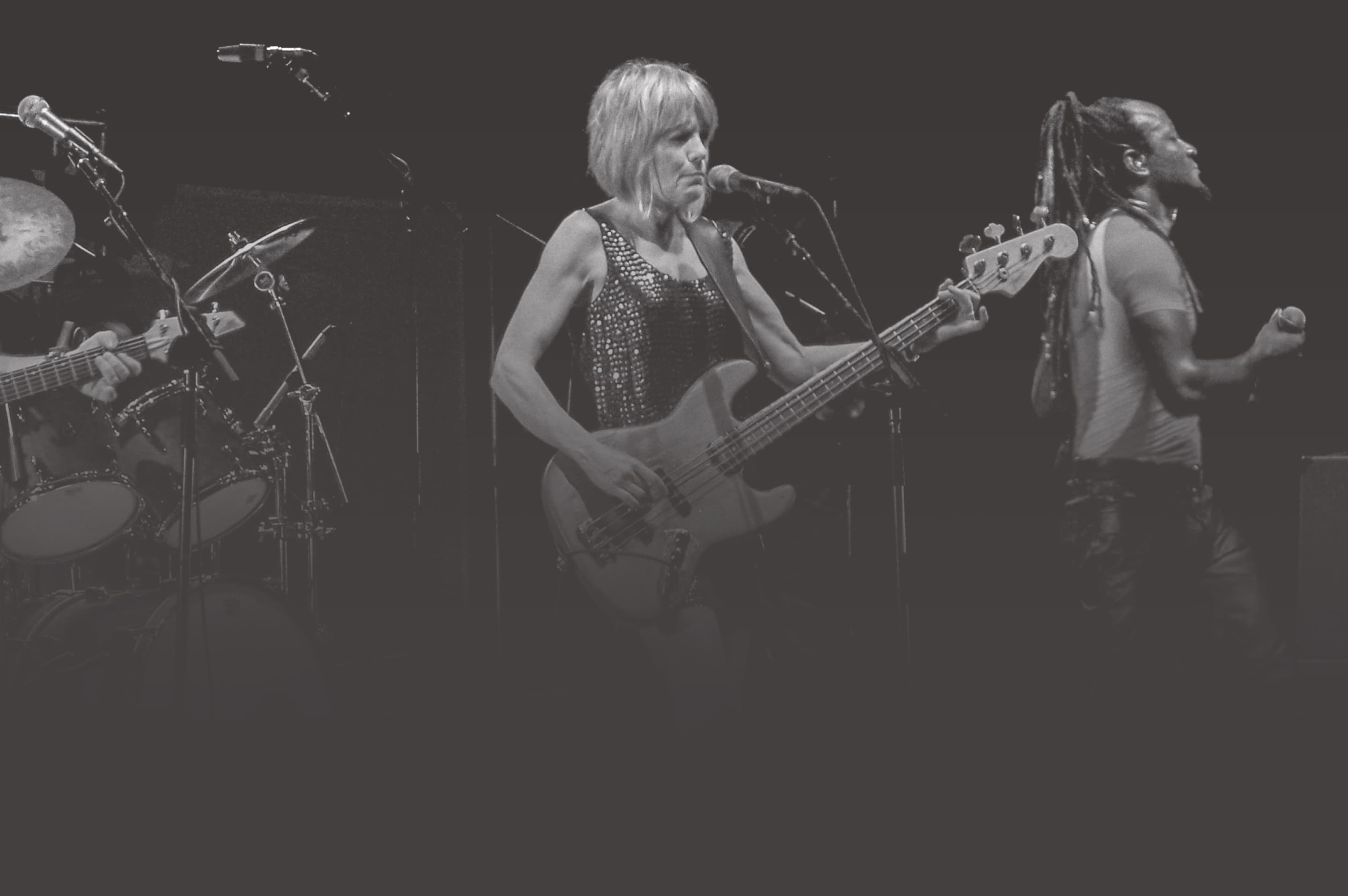 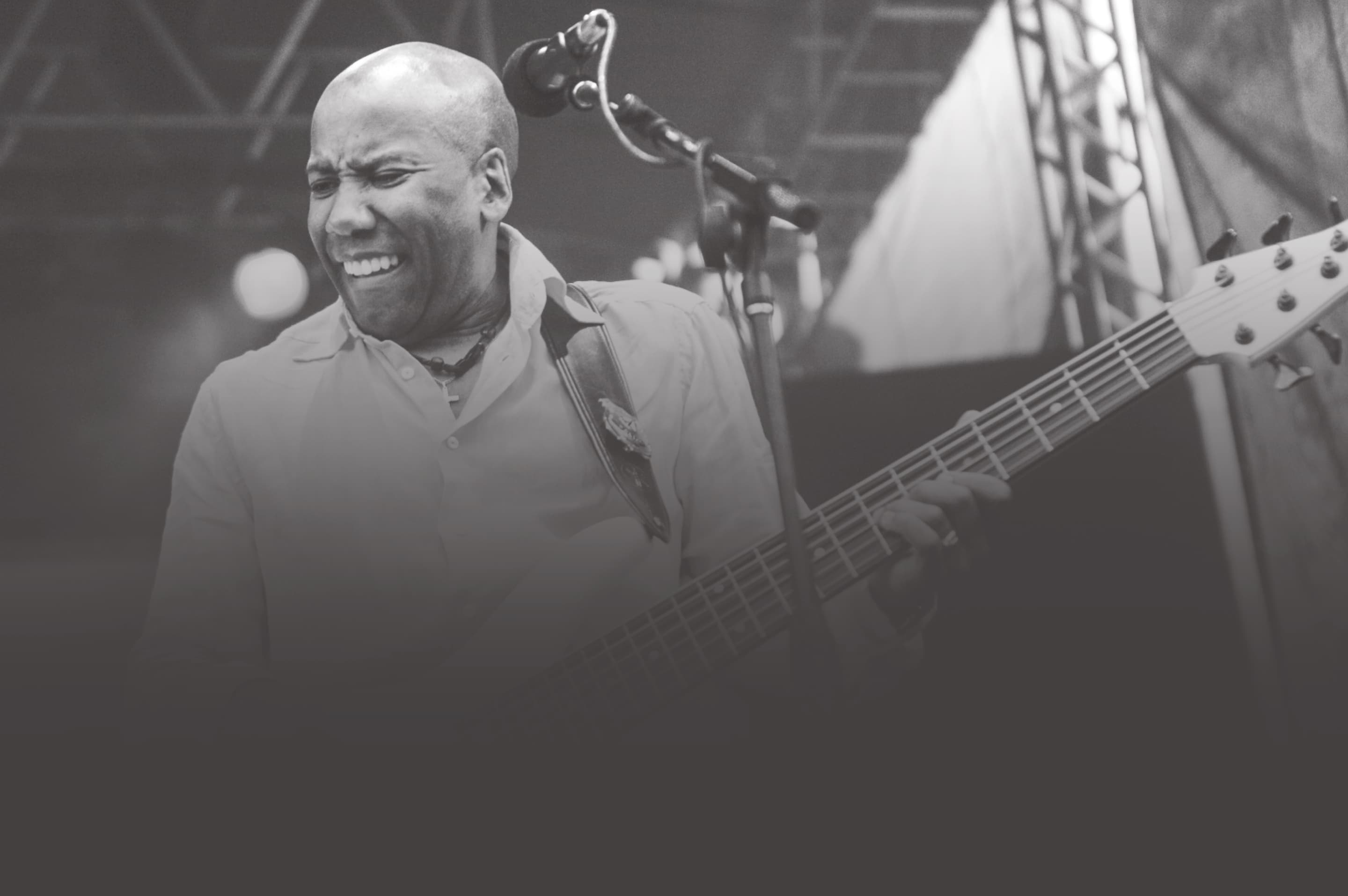